A History of Makeup

The John Amico School of Hair Design and School of Esthetics is a reputed cosmetology education
school in Chicago that helps students learn many methods on makeup. They also teach their
clients tips so they can do their own make up at home.

The concept of beauty has been around since the beginning of time. It’s not just a woman thing but a man thing as well. People will go out of their way to keep up with the latest trends in order to consider themselves ‘beautiful’. Every culture has their own definition of what that means. Humans have always had blemishes, acne, and scars.

The first types of makeup were very toxic, often being lead based. They did not have the advances in makeup and the knowledge of chemistry that we have today. That was not important to people back then. Their status in society was the most important thing to them. People would use anything to make themselves what at their time was called ‘beautiful’. There were women who wore lemon juice, or Vaseline. Some even wore crushed bugs. In 1500 BC, the Chinese and Japanese peoples would use rice to make their faces white. They would also paint their teeth gold or black, and use henna dyes to stain their faces.

But today, we have advanced products for taking care of each skinproblem, and there are schools
that teach students about the right product and correct methods to use for different skin conditions.
The John Amico School of Hair Design and School of Esthetics is one of the finest in Illinois.
The John Amico School was voted Best Beauty School in Oak Forest, Illinois several years in a row by satisfied clients who love the makeup applications their students have done and pride themselves in doing the perfect cut crease.

Beauty trends go back all the way back to the Egyptians. The women colored their hair black
and the men shaved their heads, some women in this culture wore braided wigs. Both the men
and women wore makeup. They used henna to color their nails and red ochre for lip color. Over
the years, the definition of beauty has changed drastically. While the Egyptians may have not
thought a unibrow was beautiful the Ancient Greek women did. If they did not have dark
eyebrows, they used dark pigments to fill them in. In their culture long hair was considered
beautiful but only upper-class women were allowed to keep their hair long. They used vinegar to
bleach their hair. That resulted in hair loss so they had to turn to wigs.

In Japan the women wore their hair as long as possible. They wore what is called “Geisha” the look was a white matte face, thick black eyebrows. It was red around the eyes and red lips. The look was made with waxy oils and paste. Because of all the white it made their teeth look yellow.

During the Renaissance, they mostly wore what is referred to as a high forehead with strawberry curls.
Virtue played everything with their look, to them a woman with a round stomach was considered
beautiful. They liked what society calls today, ‘a plus sized woman’. They liked their hair pulled
back. To achieve the colored hair they would sit outside in the sun for hours with heavy clothes
on so that they wouldn’t get tanned. That process was brutal. These women had pride and
refused to be upstaged by anyone. Their powders were made from white lead, mercury and
vermillion. Women chose the pale look. To achieve the wide forehead some women would
pluck their hairline.

In the 18th century, the double chin look was popular. They powdered their hair white and had pale skin as well. Similar to the Renaissance they wore white makeup that contained mercury as well. Their makeup was called Ceruse. It was very toxic but it covered very well.

In the 19th century, along came titanium dioxide. The titanium did not clog the skin and it
had a safe sun barrier. As time went on, trends have constantly changed and the John Amico School of Hair Design has kept up with them all.

The John Amico Esthetics students learn how to perform the latest trends, as well as past ones. Their fingers are always kept on the pulse of what’s new and exciting in the beauty industry. 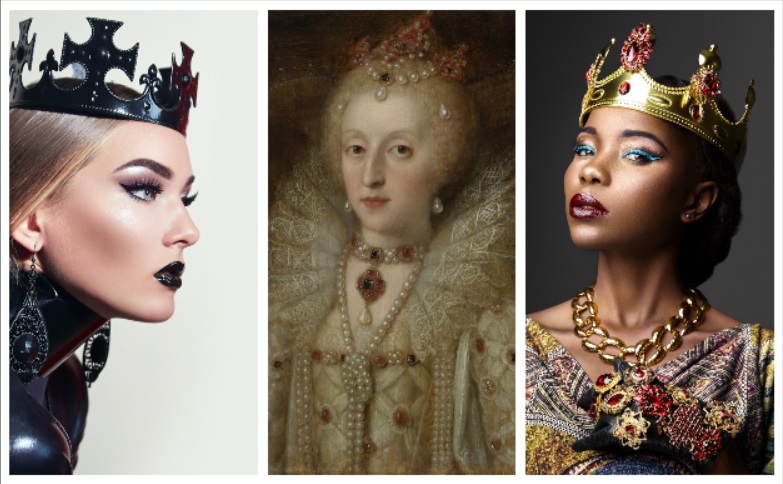